Wrea Grea is a very pretty village in Lancashire quite close to the bustling Blackpool and close to Lytham and St. Annes. It is still in the Borough of Fylde and is considered one of the nicest places to live. It possesses a lovely pub, The Grapes, and a post office a couple of shops and that is about it.

There is a windmill that has been converted into a private dwelling - that is the character of the place. However it is a village steeped in history, and has been the home to some quite well known people as well as characters. The focal point of the village is "the Dub", the local pond. The road has to go round the Dub, even though there is a road that cuts across, almost out of sight. If you are driving you miss it! You would expect the the memorial to be on the village green, but it does face the Dub and the village green. It is certainly low profile and beautifully tended.

Here is a village, even though its in Fylde Borough is fiercely independent. There is new build in Wrea Green, but it is conveniently hidden away. I suspect the "incomers" have taken on the character of the residents.   The memorial is low set and is at the west end of the Dub, situated under some trees. It is modern and seems to have been built quite recently. There is also some very nice stonework used in tin the capstones if you examine a close up.

There does not seem to be any evidence of the date of building although there are some references to major revamp in the village website. The website is excellent and deserves a visit, just like the village!


This Memorial is listed on the United Kingdom National Inventry of War Memorials  as UKNIWM Ref: 54936

From Ancestry it seems that a William H. Kingsberry married in 3rd  quarter of 1927, a certain Alice Barbara Mary Birley. The registration district is Fylde. Information suggests that he is a Captain at the time. The name Birley is mentioned in the Wrea Green website above. The Birley arms is still the name of a local pub in the area.William Kingsberry had an extremely distinguished Army career and died in service as a Colonel. More research needed here. The link on his name takes you to a Facebook page dedicated to William Kingsberry. His name is mispelt on Ancestry as Kingsbury. Clearly the same man.

The other "memorial" is at Fox Lane Ends. The cross is completely clear of writing, the date of its origin is unclear and to most people it only represents a bus stop. However the only evidence information-wise is shown on the Lancashire Lantern image below. The name Birley is synonymous with Wrea Green. Ancestry seems to have narrowed down only one Hutton Birley. Born on 6th of August 1840, married Alice Mary Howard in Kirkham in 1865, and died in 1921. However the "cross" is clearly seen on a 1893 map and also before. It has figured on all OS maps since. But it really does not have the evidence for 130+ years wear and tear!
Birley information is here.


But: This is information supplied by the Archaeology Data Service


I did not get the opportunity to go into the church but the actual entrance vestibule is fascinating - and is rewarding. Further study needed here I guess 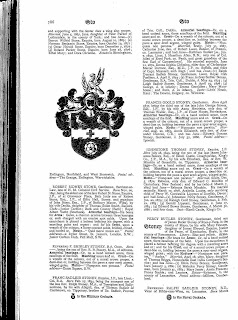 This for the moment concludes part of the investigation int Wrea Green. I will make a visit to the church and I am sure othe interesting things will show up.