The Memorial at Broughton

I suppose Broughton is best known as the roundabout under the join of the M6, the M55 and the A6. It is a couple of miles north of Preston on the A6 and is on the way to Garstang and then Lancaster. Set in agricultural land, Broughton was the start to the Preston Guild walk around the perimeter of Preston.

The memorial itself is maybe half a mile south of the village. When it was built I suspect the road was considerably quieter and there was no M6 at the time. The A6 was one of only 2 roads that joined the north of the UK to the south. The A1 was the other. I feel that it may have been built in two halves. Frequently of course the Second World War memorials were added to the first World War memorials.


This memorial is slightly out of character. It is situated away from the town and although there have clearly been recent visitors, it is not a place where a remembrance ceremony could be performed. Broughton is a pleasant place and this would not be out of place there.
As always welcome comments and links. The photos are copy-write free.
The memorial is no 3340 on the War Memorial Archive. There are also Photos there thanks to Mike Coyle.

Email ThisBlogThis!Share to TwitterShare to FacebookShare to Pinterest
Labels: A6, Broughton, Preston

I guess I knew of this memorial long before I photographed it. It stand on the corner of Church road in Whitefield. The memorial is in the same grounds as Stand church which was opposite to Stand Grammar School the school I was carted off to in the mid '60's. High repute - not sure it did me any good. We had to run past this memorial at least twice a week on our cross country runs which WERE a good part of school.

The names of the fallen are on a datastore page - you can find it here. This was my second attempt to photograph this memorial. The light was going, Winter...

The two pictures are stitched panoramas. 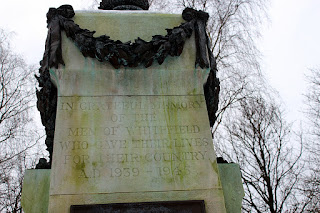 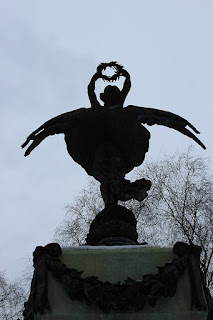 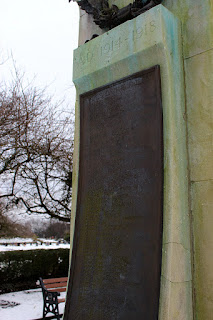 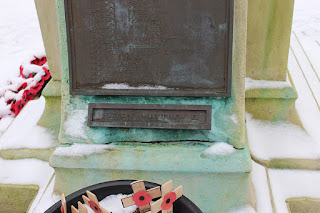 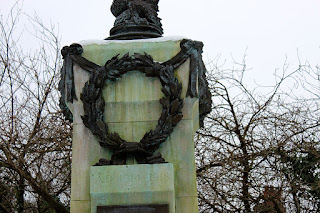 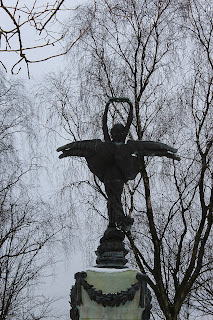 This is recorded as no 3246 on the War Memorials Archive.

Aditional information at the War Memorials Archive relates the sculptor as Vernon March
Posted by Jol Martyn-Clark at 16:21 1 comment:

On the 9 December 1886 the Mexico, a Hamburg-registered barque bound for Guayaquil from Liverpool went aground near Southport, in a full west north westerly gale. Three lifeboats set out, one from Southport and one from St Annes and one from Lytham. In all 27 lifeboat men were lost. The web has much published material and I do not propose to copy and paste onto this page. However there are at least five memorials erected to the disaster. This first memorial is in Duke Street Cemetery in Southport. A large community cemetery it also has a war memorial.
There is a memorial on the sea front of Southport too. There are three memorials in Lytham St. Annes. As I have said somewhere before, a friend is a direct descendent of one of the crew from that St Annes Lifeboat.

These are the pictures of the Southport Duke Street memorial: 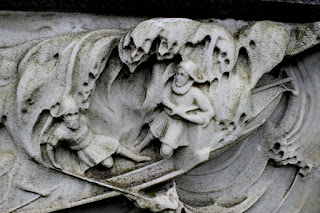 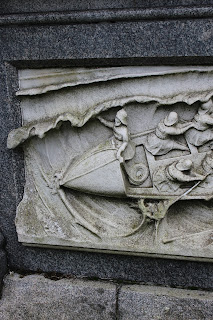 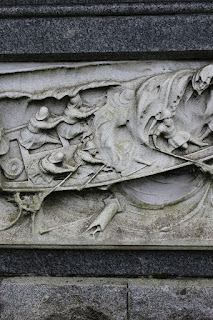 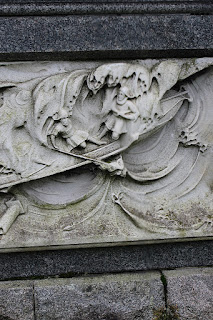 The other memorials will follow shortly. I will try and produce a panorama view of the close-ups of the carving.

Not done the research yet but this memorial may well be linked to the Southport lifeboat that was lost the "Eliza Fearnley" This memorial is also in the Duke St. Cemetery. These are the photos of the Eliza Fearnley  memorial.

This article was published in the Southport visitor in 2008:

Devout Methodist, John Fernley, made his mark on Southport

Aug 22 2008 by Robert Alcock, Southport Visitor
DEVOUT Methodist John Fernley – one of Southport’s great benefactors – built the Old School House in 1864 for £4,000.
It was one of three houses, along with the adjoining Trinity Chapel, that Fernley built that year but is the only one still to stand.
The 1944 Education Act meant that Trinity Hall ceased to be a day school, its pupils left and only the Sunday School continued.
In 1962 the Old School House was put into the private sector for £1,950, while all the other parts of the great complex built by Fernley were demolished in 1981.
Fernley, a man of wealth, left a string of other significant marks on Southport.
It was he who constructed the meteorological observatory in Hesketh Park, which has now been refurbished.
Fernley was also a committee member of the RNLI and donated the Eliza Fernley lifeboat (named in honour of his late wife) to the town.
The boat would later be lost with nearly all its crew in the great Mexico Disaster of 1886.
Born in Stockport in 1796, Fernley dedicated his life to spreading the principles of Wesleyan Methodism and moved with Eliza to Southport in 1856.
Upon Fernley’s death in 1873, the Reverend W B Pope wrote in memorial: “Mr Fernley was as resolute and tenacious carrying out his plans as he was large minded in framing them.
“Nothing ever turned him aside from a single project that he had well considered and finally determined on.”

This memorial is placed in the church boundary outer wall. It "looks" down the road away from the church, clearly restored or even replaced. Further pictures of the church can be found in the Lastingham datastore here.

This is the inscription:

There is more information at the UK Inventry of War Memorials
LASTINGHAM - WW1 TABLET (SERVED)
Our Ref: 30663
Clearly from the information given here there has been restoration.
Posted by Jol Martyn-Clark at 14:57 1 comment: