This mini estate was built in 1950. I have driven and cycled past so many times! I didn't know there was an inscription on the wall until it was pointed out to me! This at the junction of Church road and Smithy lane
Here are the photos and a transcription of the inscription.


This is number 42433 at the War Memorials Archive 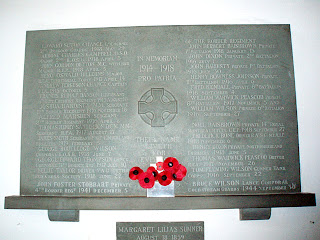 St Oswald's is well worth a visit if you like ancient churches.
Posted by Jol Martyn-Clark at 15:03 1 comment: