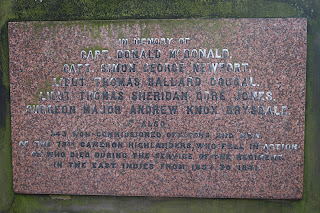 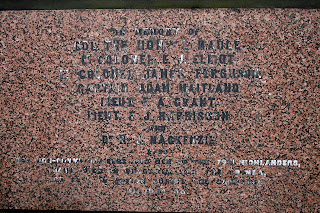 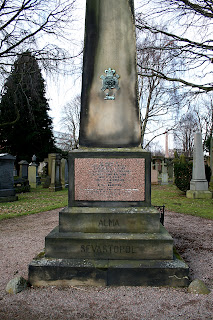 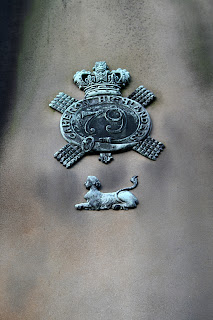 I know there is a roll of honour inside the school hall. There is also an obelisk that is under repair somewhere. I have a feeling that there were also boards inside the girls school too. However the girls school, Queen Mary, is now a private development. The school took the very brave move of combining the two schools about 10 years ago and now they run as a single school. The web address is here. Very informative.

However I got the opportunity to photograph the sundial outside the school. It is in good condition and sited to the left of the main entrance. Here are the pictures.

Henry Clark's wife, Mary Blackwall was born in Derbyshire. Kirk Ireton was a one of the centres of the Blackwall family. It was inevitable that I would be drawn to Kirk Ireton and there are a few ancesters and descendents of Mary Blackwall in the churchyard. The photographs of the family and the churchyard are in the datastore which can be accessed here.The War Memorial has the following information: The surnames are first. 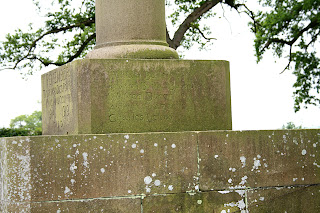 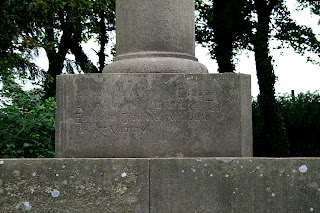 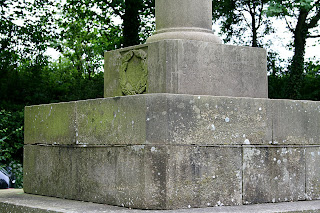 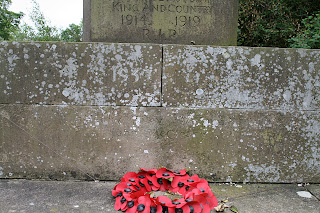 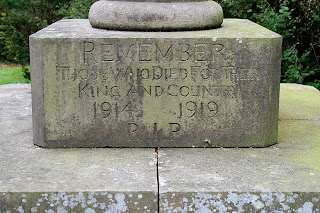 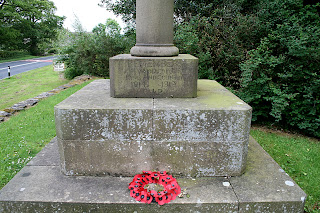 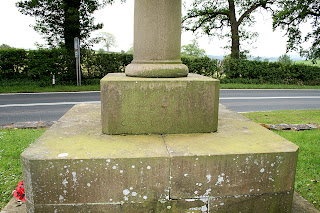 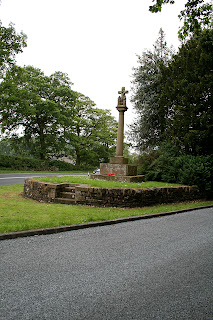 This is a good memorial made out of quality sandstone. The inscriptions seem to be really quite shallow compared to other memorials. They are quite hard to decipher with the moss and lichen that is growing on them.
There is an excellent link to the history of the soldiers who are inscribed on the memorial here.
Believe it or not. 3 hours later we passed the same spot and the local authority were mowing the grass and giving it a general tidy up.
Posted by Jol Martyn-Clark at 16:07 1 comment:

Great Bedwyn is a considerably larger Village than Little Bedwyn. My researches have revealed a considerable number of Mills, Pococks and Lovelocks have lived in this area. Not many but a few are found in the Graveyard. This is a link to picture of graves in the Datastore as well as a list of the fallen inscribed on the rather unusual Memorial.  The Web address of the National Inventory is here.

The description on the UKMemorial Website describes it "ORNATE STONE CROSS WITH FLORIATED ENDS TO THE HEAD. CROSS SURMOUNTS SIX-SIDED PLINTH. PLINTH STANDS ATOP FOUR-STEPPED BASE. THREE-SIDED WALL SURROUNDED BACK OF CROSS AND BEARS NAMES OF FALLEN."